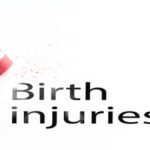 Many Florida babies suffer serious birth injuries as a result of medical malpractice during delivery. Florida law provides a form of “no-fault” coverage for such injuries through the Neurological Injury Compensation Act (NICA). Under NICA, the parent of a child with birth injuries must first file an administrative claim for these no-fault benefits. Only… Read More »

Last year, a Florida appeals court held that a state law limiting certain types of damages in medical malpractice cases was unconstitutional. That decision was appealed to the Florida Supreme Court, which heard arguments this past June. But at least one other Florida court is not waiting for the Supreme Court to rule, and… Read More »

How Florida Deals With Traumatic Brain Injuries During Childbirth

Medical malpractice always imposes hardship on its victims. But when physician or hospital negligence causes a traumatic brain injury to a child, the consequences are even more devastating. Such injuries often lead to a lifetime of costly medical care and exact an emotional toll on the parents. To deal with such cases, the Florida… Read More »

When Does Medical Malpractice Cause Birth Injuries?

In 2002, a New York jury awarded Brad and Maureen Brenner $80 million to care for their child who was prematurely born with cerebral palsy 12 years ago. It is still one of the biggest awards on record in New York. The jury found malpractice on the parts of Doctors Steven Kline and Ira… Read More »