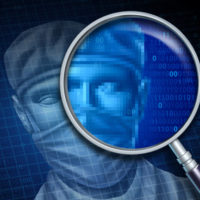 It can sometimes be difficult to distinguish medical malpractice from ordinary negligence cases. Health care providers exploit this confusion by trying to improperly classify the latter as the former. Florida law protects doctors and hospitals by making injured patients jump through more regulatory hoops just to bring a malpractice claim.

In an ongoing case from Broward County, a Florida appeals court rejected, for now, a negligence defendant’s efforts to treat the plaintiff’s claims as malpractice. The plaintiffs are a husband and wife. The defendants are a medical practice and one of its employees.

The wife, who is 99 years old, suffers from skin cancer. Her primary care physician referred her to the defendant’s clinic for regular radiation treatments. The defendant provided a van to transport the wife from her residence to the clinic.

Typically a clinic employee would take the plaintiff by wheelchair from the lobby of her building to the van, which had an automatic lift. But on the day in question a different employee–whose the plaintiff had apparently never seen before–told the plaintiff to “follow her” on foot rather than take a wheelchair. According to the plaintiff, as she followed the employee to the van, she tripped over a parking bumper and suffered “severe and permanent injuries.”

The plaintiffs sued the defendants, alleging their negligence in transporting the wife–i.e., not providing a wheelchair and failing to warn her about the parking bumper–caused her injuries. The defendants moved to dismiss the lawsuit, claiming this was really a medical malpractice case and the plaintiffs had failed to follow Florida law applicable to such claims. The trial court denied the defendants’ motion, prompting them to file a petition with the Florida Fourth District Court of Appeals.

But the Fourth District also rejected the defendants’ position. While there are cases where injuries sustained while transporting a patient are considered malpractice–e.g., moving a patient from a gurney to an X-ray table at the hospital–the facts alleged by the plaintiffs here “do not support a theory that injury occurred while a medical diagnostic or medical treatment procedure was occurring.” And even if transporting the plaintiff by van was the result of a medical judgment, the Fourth District said the defendants have not established any “professional standards of care” applicable to such situations. Accordingly, the court dismissed the defendants’ petition without prejudice, meaning the clinic could renew its objections to the lawsuit if “a revised complaint or discovery” establishes the plaintiffs “cannot prove their case without establishing a violation of a professional standard of care.”

Malpractice cases are difficult enough to win in Florida. If you are injured due to a medical provider’s ordinary negligence, you should not have your case dismissed due to an improper malpractice classification. If you have been injured due to any interaction with a health care provider and need to consult with a Clearwater medical malpractice attorney about how to proceed, contact the Law Office of Paul B. Genet, P.A., at (727) 538-8865.