What Types of Damages Can I Expect in a Florida Medical Malpractice Case? 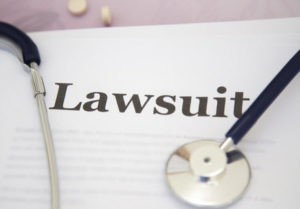 Medical malpractice cases generally involve allegations of negligent care against a doctor, hospital, or another medical provider. If the plaintiff can prove there was negligence, he or she is entitled to recover monetary damages. Florida law generally recognizes three categories of damages in personal injury cases: economic, noneconomic, and punitive.

The most common form of damages are intended to compensate the plaintiff for actual economic losses suffered as a result of the health care provider’s malpractice. These are known as “economic” or “actual” damages. This includes any costs incurred for past and future medical care necessary to correct the negligent doctor’s mistake and any necessary rehabilitation, such as physical therapy or home nursing care.

Economic damages also cover most, but not all, of the plaintiff’s lost wages and earnings while recovering from the health care provider’s negligence. Under Florida law, a successful medical malpractice plaintiff is only entitled to receive “80 percent of wage loss and loss of earning capacity.”

In contrast to actual or economic damages, noneconomic damages (sometimes called “general damages”) refers to current and future losses that cannot be properly quantified. In other words, there is no way to quantify a plaintiff’s ongoing pain following a malpractice incident, even though it is quite real. Florida law defines noneconomic damages as any award designed to compensate the plaintiff for the following:

There are some exceptions to these limits. If the plaintiff dies or is left in a “persistent vegetative state” due to the defendant’s malpractice, the caps on noneconomic damages increase to $1 million and $1.5 million for practitioner and non-practitioner defendants, respectively. A judge may also award noneconomic damages in excess of the caps if there are “special circumstances” that would render the limits unjust.

Finally, there are damages that are intended, not to compensate the plaintiff, but to punish outrageous or immoral conduct on the part of the defendant. These are known as “punitive damages.” Most malpractice cases do not involve punitive damages since they arise from negligence rather than intentional acts of violence against the plaintiff. But there may be situations—such as a doctor sexually molesting a patient under anesthesia—where punitive damages may be available. Florida law normally limits punitive damage awards to the lesser of $500,000 or three times the amount of compensatory damages awarded in the same case.

Get Help From a Florida Medical Malpractice Attorney

Damages are a complicated legal issue—one of many that arise in the typical malpractice lawsuit. That is why if you have been injured due to a health care provider’s negligence, you need to work with an experienced Clearwater medical malpractice lawyer who understands Florida’s legal system. Contact the Law Office of Paul B. Genet, P.A., at (727) 538-8865 if you would like to speak with an attorney right away.