The Malpractice Risks of Seeking “Holistic” or “Integrative” Medical Care 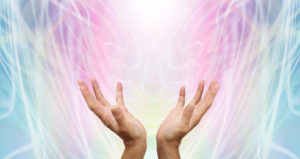 Many Florida residents turn to alternative medical providers to treat a variety of ailments. Some of these providers are “naturopaths” who purport to combine modern science with traditional healing methods. In recent years a number of doctors have also billed themselves as practitioners of “holistic” or “integrative medicine,” which one advocacy group defines as a form of health care that “focuses on the whole person, is informed by evidence, and makes use of all appropriate therapeutic approaches.” But many critics see naturopathy and integrative medicine as quackery, and patients as victims of medical malpractice.

Earlier this year, an administrative law judge for the Florida Board of Medicine, the state’s regulatory body for doctors, found there was evidence that an integrative medicine specialist in Boca Raton committed malpractice in the death of a Palm Beach County woman. The judge recommended suspension of the doctor’s license and ordered him to repay fees previously paid by the deceased woman to her estate.

The respondent in this case advertised himself as a provider of “holistic” medicine. He is licensed to practice in Florida and claimed a specialist certification from the “American Board of Integrative Medicine.”

The decedent was a 23-year-old woman. She had been diagnosed with Hodgkin’s’ lymphoma, a treatable form of blood cancer. Rather than seek conventional chemotherapy treatment, the decedent refused to accept her cancer diagnosis and instead sought treatment from the respondent, who was recommended to her by a friend.

The respondent told the decedent that cancer was “low on his list” of possible causes for her medical issues. He purported to seek other explanations for her mounting medical problems, at one point telling the decedent she was likely suffering from an allergic reaction to toxic mold. According to court records, the respondent repeatedly downplayed the risk of cancer, and the decedent ultimately stopped seeing her oncologist and instead “stayed under the care of Respondent, who spend the next year and a-half attempting to find the ‘cause’ of [her] symptomatic complaints.”

The decedent passed away in 2013. An autopsy confirmed she “died from complications of untreated Hodgkin’s lymphoma.”

The state medical board judge held the respondent, as the decedent’s primary care physician, had an ethical duty to refer her to an oncologist to treat her lymphoma. Furthermore, when dealing with a patient is in “denial” about their diagnosis, as was the case here, the “the standard of care in Florida requires the [primary care physician] to educate or counsel the patient on the risks, including death, of foregoing potentially life-saving treatment, so that the patient can make a fully-informed decision.” Instead, the respondent here “continuously undermined the recommendations and advice of the oncologists and facilitated [the decedent’s] skepticism toward her diagnosis.” He also “acted in the role of an oncologist,” which he was not qualified to do.

Have You Been a Victim of Medical Quackery?

The respondent in the case above has appealed the administrative law judge’s decision. But if the Board of Medicine upholds the suspension of the doctor’s license—which is unusual for a practitioner with no prior disciplinary record—it could set an important precedent. While patients are ultimately responsible for seeking out care and following the advice of their doctors, that should not excuse a medical provider who preys on scared and vulnerable individuals by presenting them with false medical information.

If you have been the victim of an unscrupulous doctor offering unproven “naturopathic” or “integrative” medical treatments, you should speak to a Clearwater medical malpractice attorney. Contact the Law Office of Paul B. Genet, P.A., at (727) 538-8865 if you need immediate legal assistance.