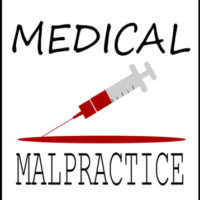 Florida has some of the strictest limits on medical malpractice lawsuits in the country. Although the state’s courts have rolled back some of these limits, malpractice victims often face an uphill climb just to get their day in court. And while health care professionals (and Florida legislators) insist restricting victim’s rights are necessary to guard against sudden, uncontrolled increases in the cost of malpractice insurance, a pair of studies recently published by a leading coalition of consumer and public interests groups suggests the real culprits are the insurance companies themselves.

Americans for Insurance Reform (AIR) is a project of the Center for Justice & Democracy at New York Law School. AIR represents more than 100 consumer and public interest groups who oppose so-called “tort reform” that restricts the ability of injured patients to seek compensation for medical negligence. Since 2002, AIR has published a series of studies designed to illustrate the lack of any scientific connection between the adoption of malpractice lawsuit restrictions and lower insurance premiums.

Contrary to the claims of medical and insurance industry groups, AIR’s studies have consistently found “that medical malpractice claims and premiums are the lowest they have been” in 40 years. This is the case in all states regardless of whether they have “enacted severe medical malpractice tort restrictions.” To the contrary, the evidence shows insurance rates actually declined a higher rate in states that have not followed Florida’s lead in adopting caps on medical malpractice damages.

The reason malpractice insurance rates periodically rise, AIR said, is “because insurance companies make most of their profits, or return on net worth, from investment income.” In other words, when the stock market is down, insurers make up for their losses by raising premiums. This creates a purported “crisis” which is then incorrectly blamed on a rise in medical malpractice judgments.

But when states like Florida do respond to the insurance industry’s cyclical downturns by restricting malpractice awards, the result is not a sudden decrease in insurance premiums. AIR noted that back in the 1980s Aetna, one of Florida’s largest insurance companies, conducted a study after the state adopted a $450,000 on non-economic (i.e., pain and suffering) damages in medical malpractice cases. The insurer found there was “no reduction of cost” as a result of “tort reform.” Similarly, when Florida passed another round of malpractice limits in the early 2000s, AIR noted insurers actually “followed up with requests to increase premiums by as much as 45 percent.”

Get Advice From a Florida Medical Malpractice Lawyer