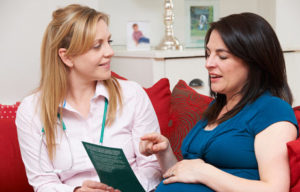 Shoulder dystocia is a frightening complication that can occur during childbirth. During a vaginal delivery, the newborn’s shoulder may get stuck. This can stretch or tear the nerves connecting the child’s spinal cord to their shoulder and arm. While this injury is usually temporary and will heal, with some children there is permanent damage.

Judge Sides With Government in Battle of Medical Experts

An ongoing Florida medical malpractice lawsuit in Fort Myers illustrates the personal and legal struggles that a parent can face in those rare cases where shoulder dystocia causes permanent injury to her child. The plaintiff is technically the child. The mother has brought the malpractice claim on his behalf.

The plaintiff was born at health center funded by the federal government. At birth, the plaintiff had “no movement [in] his left arm.” This injury is permanent and was the result of shoulder dystocia.

The lawsuit alleges that the certified nurse midwife employed by the health center “used excessive traction,” that is she pulled on the plaintiff’s head and neck with too much force, and this was a negligent act that caused the permanent injury. Since the federal government employed the midwife, the lawsuit was brought against the United States under the Federal Tort Claims Act (FTCA).

In FTCA cases, Florida law regarding medical malpractice still applies, but the federal courts use their own rules of evidence to determine the admissibility of expert testimony. Here, the trial judge issued a ruling on October 13 accepting the government’s experts but rejecting the plaintiff’s experts. The plaintiff’s experts would have testified at trial that the midwife’s “excessive traction”–i.e., negligence–was the only plausible cause of the child’s injury. The defendant’s experts, in contrast, argued that “the natural forces of labor caused” the injury and that the midwife’s actions could not have altered that outcome.

The judge decided the plaintiff’s experts should not testify because the “medical literature” submitted by the government contradicted the notion that the midwife’s actions could have been responsible for the injury. The judge also cited a 2014 decision by a federal appeals court in St. Louis in a similar medical malpractice case that also excluded expert testimony in support of a claim brought by a shoulder dystocia victim. Like the appeals court, the judge here was persuaded that these types of injuries “can and do occur in a fixed percentage of births” regardless of the midwife or doctor’s actions.

Fighting For Your Child in Court

The judge’s decision in this case is not binding on other Florida courts. So a different Florida judge might accept expert testimony that supports a medical malpractice claim against another child permanently injured due to shoulder dystocia. However, this decision shows the uphill battle a parent may face in seeking justice on behalf of their child. That is why you should always work with an experienced Clearwater medical malpractice attorney. Contact the Paul B. Genet Law Offices today at (727) 538-8865 if you need to speak with a malpractice lawyer right away.