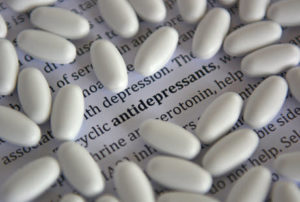 Depression and other types of mental illness can have devastating consequences for its victims. Physicians who treat mental illness therefore have a special responsibility to ensure their own actions do not aggravate a patient’s condition. Tragically there are cases where a physician’s medical malpractice has led patients to commit suicide.

Did “Abruptly” Taking Patient Off Antidepressants Kill Her?

The Florida Supreme Court recently addressed such a case. The plaintiff is a widower who also serves as the personal representative for his late wife’s estate. The plaintiff has alleged that malpractice on the part of the defendant, his wife’s former physician, was the proximate cause of her suicide.

The day before the suicide, the deceased contacted the defendant’s office. She had been taking a prescription anti-depressant, but she complained about multiple side effects and had stopped using the drug as a result. After this information was relayed to the defendant, he prescribed a different drug and referred the decedent to a specialist to treat one of the reported side effects.

Sadly, the next day the plaintiff found his wife’s body “hanging in their garage,” according to court records. The plaintiff subsequently sued the defendant, arguing that he “breached the applicable standard of care,” and that this was the “proximate cause” of the decedent’s suicide. The defendant, in response, argued that he had no “legal duty” to prevent the victim’s death.

The trial court agreed with the defendant and dismissed the plaintiff’s case. On appeal, the Florida Second District Court of Appeal reversed and returned the case for trial. The defendant appealed to the Supreme Court, noting the Second District’s interpretation of the law differed from that of the First District Court of Appeal in a previous case.

In a unanimous August 25 opinion, the Supreme Court decided the Second District was right, and therefore the plaintiff could proceed with his medical malpractice claim. The Supreme Court noted the issue here was not whether the defendant had a duty to prevent the suicide of the plaintiff’s wife—there was not, given that she was an outpatient—but rather whether the defendant failed in his professional duty to provide an appropriate standard of care.

According to expert testimony presented by the plaintiff before the trial court, the defendant “knew that patients who stopped taking [the antidepressant initially prescribed to the decedent] abruptly had an increased risk of suicide.” Consequently, the expert testified that the decedent’s decision to stop taking the drug—which was endorsed by the defendant—was a “contributing factor” in her suicide. On this basis, the Supreme Court said the plaintiff had presented a genuine issue of fact for a jury to decide.

Losing a loved one to mental illness is never easy. But when such a loss is aggravated by a physician’s failure to provide appropriate medical care, it is important to hold such negligence accountable. If you or a family member have been injured due to negligence and need to speak with an experienced Clearwater medical malpractice attorney, contact the Law Office of Paul B. Genet, P.A., today at (727) 538-8865.