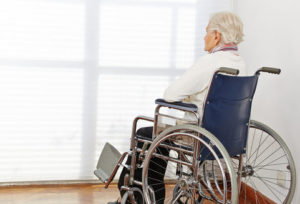 On September 22, the Florida Supreme Court issued an important decision for anyone who lives in a nursing home. The Court ruled that an arbitration agreement signed by a family member, but not the resident, was not binding on the latter. This is welcome news for victims of nursing home abuse and medical malpractice who are frequently denied their access to the courts by unfair, one-sided arbitration agreements.

The plaintiff in this case is the estate of a now-deceased man who resided in a nursing home operated by the defendant. The decedent entered the nursing home in 2009. The decedent’s son signed the admission contract, which included a binding arbitration clause.

Approximately two years later, according to the estate’s lawsuit, the decedent “developed an eye infection” and eventually the eye had to be surgically removed. He later sued the defendant, alleging its negligence led to the infection and subsequent loss of his eye. The decedent passed away while the litigation was pending, so his estate continued the case.

The defendant moved to enforce the arbitration clause. The estate argued the decedent never signed any agreement waiving his right to sue the defendant. A trial court in Miami-Dade County disagreed, holding the decedent was the “intended third-party beneficiary” of the admission contract signed by the son and was therefore bound by its terms, including the arbitration clause.

The Supreme Court explained the third-party beneficiary rule was incorrectly applied by the Third District. The idea is that a non-contracting third party may “enforce a contract against a contracting party—not the other way around.” Two parties cannot bind a third party to a contract merely by conferring some benefit on him, as was the case here.

The Supreme Court noted it would never “enforce an admission agreement if a nursing home obtained a resident’s signature by threatening violent destruction of the resident’s property unless the resident signed the agreement.” Indeed, it is a well-settled principle of law that any contract obtained through “threat or duress” is invalid. By that same logic, the Supreme Court said it saw no reason to enforce a contract “in the absence of a party’s agreement altogether.”

Get Advice From a Florida Nursing Home Abuse Attorney

The Supreme Court’s decision does not mean there are never cases where a family member can bind a nursing home resident to an arbitration agreement. If the resident is under a legal guardianship or has expressly authorized an agent to act on his or her behalf, said guardian or agent could sign a binding arbitration agreement. But that was not what happened in the case discussed above.

If you or a family member are involved in a case involving negligence or abuse on the part of a nursing home, it is important you receive professional legal advice. Contact the Law Office of Paul B. Genet, P.A., at (727) 538-8865 today if you would like to speak with a qualified Clearwater medical malpractice lawyer today.