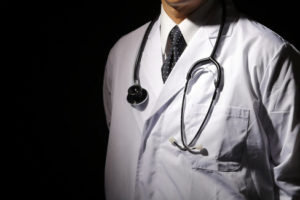 Florida law holds medical malpractice plaintiffs to higher standards than persons alleging ordinary negligence. There are cases, however, that involve both types of claims. It is important to understand this distinction, as a court may be forced to dismiss a malpractice claim while allowing negligence and similar charges to proceed to trial.

An ongoing Florida lawsuit offers a tragic illustration of this legal principle. This case began with a fairly routine, non-medical event: A drunk driving arrest.

Normally, a DWI arrest is not a death sentence. Unfortunately, that was not the case here. According to the lawsuit, the victim was arrested and brought to a county jail, where a nurse employed by the sheriff’s office conducted an examination. The victim advised the nurse he suffered from liver problems and was under a physician’s care. The nurse further observed the victim had a severely jaundiced condition, which is a symptom of liver failure.

Despite the nurse’s findings, she cleared the victim to be admitted to jail. She did contact the jail’s on-call physician–a private contractor–who prescribed medication and ordered the victim to be re-examined within the hour. The nurse ignored these orders.

Within 20 minutes of entering jail, the lawsuit claims “his conditioned had very rapidly deteriorated.” And although two sheriff’s deputies observed the victim, neither sought medical attention. More than 90 minutes later, the deputies saw the victim was no longer moving. Another 20 minutes elapsed before the sheriff’s office decided to release the man so he could be transported to a hospital. But by this point it was too late. Less than half an hour later, he was dead.

The executor of the victim’s estate sued a number of parties, including the sheriff, the private contractor who provided medical care for the jail, and the on-call doctor. On December 2, a federal judge denied the sheriff’s motion to dismiss, but partially granted a similar motion brought by the contractor.

The judge noted that the estate’s claims against the sheriff were for ordinary negligence, therefore they did not have to comply with Florida’s pre-suit requirements for medical malpractice cases. Here, the allegations against the sheriff relate to the “performance of his custodial duties,” i.e. his responsibility to properly care for inmates in his jail. Likewise, the failure by the sheriff’s deputies to promptly seek treatment does not involve “medical treatment or diagnoses,” as contemplated by Florida’s malpractice laws.

That said, the estate was required to comply with the pre-suit requirements with respect to its claim against the contractor and the doctor. The estate did so, the judge said, although the court did dismiss separate “breach of contract” and “general negligence” claims against the contractor, holding these were “duplicative” of the medical malpractice allegations.

Nobody should ever suffer the loss of a loved one due to the negligence of individuals who fail to seek proper medical care. And when such tragedies do occur, it is important that the responsible parties do not escape liability due to a technicality in the law. If you need assistance from a qualified Clearwater medical malpractice attorney, contact the Law Office of Paul B. Genet, P.A. at (727) 538-8865 today.