Can a Nursing Home Compel Arbitration of Abuse Claims? 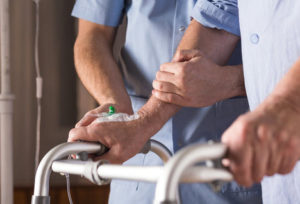 While courts generally will enforce nursing home arbitration agreements, there are limits, and victimized residents (and their families) should not hesitate to challenge bogus arbitration demands. Here is a recent example from here in Florida. This case actually involves the estate of a now-deceased former nursing home resident who was allegedly the victim of negligence.

At some point, the decedent was transferred from the ALF to a skilled nursing facility (SNF) located in the same retirement community. It was during her stay at the SNF that she allegedly suffered her injuries. When the decedent’s estate subsequently sued the SNF, it argued that its “affiliation” with the ALF entitled it to the benefits of the arbitration agreement. A trial court agreed and granted the SNF’s motion to compel arbitration.

The agreement itself specifically refers to controversies arising from the decedent’s stay at “this Facility,” meaning the assisted living facility and not the SNF, the Second District concluded. Nor does the “readmission” language apply to this case, as the decedent’s admission to the SNF was a separate event, not a readmission to the ALF. Accordingly, the Second District said the estate could proceed with its lawsuit against the SNF.

Get Advice From a Florida Nursing Home Abuse Attorney

Nursing home abuse can be devastating for victims and their families. When you entrust a loved one to a nursing or assisted living facility, you expect them to be well care for. If that is not the case, you should have access to the courts to seek justice. Arbitration agreements have their place, but not when a person has not freely and expressly agreed to waive their constitutional rights. If you have questions or concerns about how your own family members are being treated and need to speak with an experienced Clearwater nursing home abuse attorney, contact the Law Office of Paul B. Genet, P.A., today at (727) 538-8865.